The fox is a delightful animal that has been around for millions of years. There is evidence of this through fossil findings but the evolution process is one that we don’t know much about. What is well known is that the fox is able to adapt to variety of different environments out there. They live in the mountains and on the plains. They are able to live in areas where humans are, the desert, and the colder regions.

The versatility of the fox is part of why it has been so successful for millions of years. They are able to adapt their eating habits. All species have exceptional hearing and sense of smell that help them with survival and hunting. They are small animals and well known for the lovely look of their fur.

The fox is a nocturnal animal which means it comes out at night. They use their senses to help them find food and to be able to see around in the dark. They are usually non verbal animals with the exception of calling for a mate or communicating with their young. The main way that they find out about each other is through scent glands and non verbal characteristics.

The anatomy of a fox is designed for it to be able to move very quickly. They are extremely strong though in spite of the small sizes. They are able to take down prey that is several times larger than they are. As a result they tend to do very well in the wild hunting for food.

Each species of fox has some differences that allow them to be categorized into their own species. There are five species of fox in the world – Red Fox, Arctic Fox, Kit Fox, Fennec Fox, and the Gray Fox.  The Red Fox is the one that people know the most about. They are found all over the world and they seem to have a very good overall population. They are considered to be cute animals and have a lovely red coat on them.

Many people are impressed with the Arctic Fox as they are able to love in the colder regions. There aren’t too many other animals in the world that are able to live there and to thrive. Of course a coat that was red or brown wouldn’t help them to hide in that environment. Instead, they have a beautiful white coat that is thick and keeps them warm. It protects them from the UV rays of the sun and they can easily hide from predators in the wild. 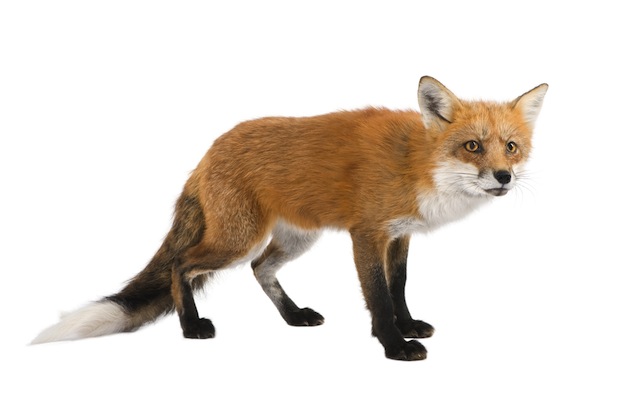 The Kit Fox certainly has a peculiar look to it. It has dark brown hair that blends into the plains where it lives around Mexico. The hair is very thin and they don’t look like they typical fox. They do have the long ears and the long nose though. They tend to look more like a small wolf or small dog than a fox.

The Fennec Fox is extremely small and many people agree it looks like a small domesticated dog. They have extremely large ears that seem to be much too large for their small heads. They have large eyes that are blue in color. They mainly live in the desert of the Sahara and the Northern portion of Africa.

The Gray Fox is another species that is well known by most people. The coat is a light shade of gray with dark gray or dark black on it. They also have areas of brown and white on them. They are found in most locations throughout South America. This is one fox that may be seen out and about during the daylight hours.