Even though the fox doesn’t live in a pack, they will find each other when it is time for mating. What is very interesting is that once a pair have mated they will continue to do so every year afterwards until one of them die. They will only mate with each other and not with other fox out there.

They may often meet up during the course of the year to share food, for grooming, or for small periods of social interaction. This behavior is different from other types of animals that only find each other when it is time for the mating to take place. They give off powerful scents that help them to find each other.

During the mating season the male fox will do all he can to defend his partner. Should other males try to come into contact with her they will battle. This can result in one of the males dying in the process. It is hard for the younger males to find a partner out there due to the power and protection of the older males. They must find young females that don’t already have a mating partner. 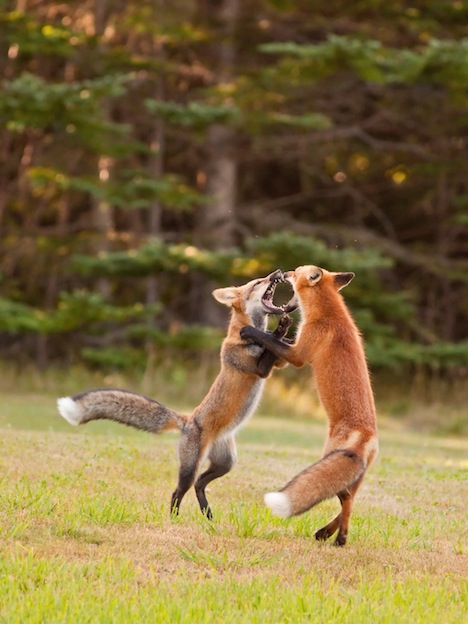 In many areas the fox is able to mate all year long. However, due to the vegetation and the temperatures they mainly do so in the early winter months. The males stick around to help the female out with the young. The gestation period is about 53 days. There are usually 4 or 5 young born at a time with each litter. They are born in the spring time. These young are called kites.

They are born in a den where they can be protected from predators out there. Just about anything that the female can find will be used for her den. Sometimes it is one that another fox used the year before. Most of the time they are underground, but some fox make dens in trees.

They are very vulnerable during the first few weeks of life. They are both deaf and blind when they are born. They also have very little hair so they need her body to keep them warm. If she has to leave then there is a good chance they won’t be able to survive.

The mother will stay with them to protect them. She also offers them milk from her body. The male has to go get food for her so she can stay there. He also does what he can to protect the young from predators. When they are about a month old they will come out of the den. 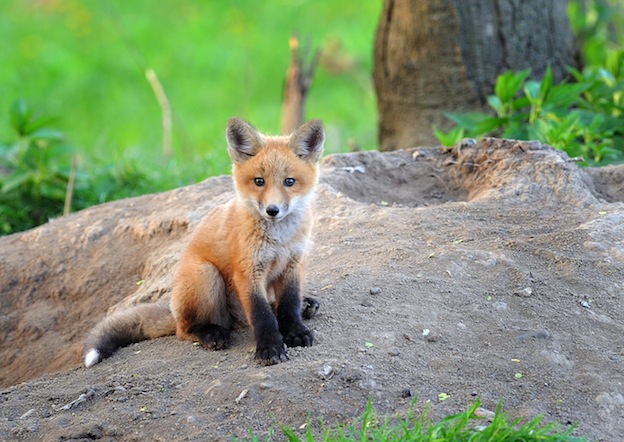 Kit fox in the wild, Indiana

They will start to eat meat and continue to drink milk. Over the course of time they will drink less and less from their mother. By the summer time they are able to hunt on their own. They will spend plenty of time playing with each other but that also helps them to develop strength and skill. They will play tug of war with food and spend time chasing each other around.

They will be full grown by Autumn and the young kites will start fighting among themselves. The playful activities of their youth has given way to aggressiveness and the quest for survival. That is when they will go their separate ways and find their own place in the world.