The fox is extremely versatile when it comes to the environment where they live. They are found throughout the Northern Hemisphere. They have also been introduced successfully to many areas of Australia. What is interesting is that there are more fox habitats out there in cities than anywhere else. This can be difficult for than and for humans because their territory often overlaps.

They are able to live in the plains, mountains, the desert, and both urban and suburban areas. The fact that they are able to change the types of food they eat to live on what is readily available is part of this remarkable adaptation that they have. In the winter months, many fox have to create dens that are underground. This is part of their overall ability to survive in a variety of different habitats.

It can be extremely hard to determine how many fox live in a given area. It is even harder to get a total of the number of each species out there. The fact that they have such a diverse habitat and that they live alone instead of in groups makes it hard to do such research. It can be very time consuming to gather data. The fact that the fox continually changes location as it needs to only increases the overall level of difficulty.

Even though the fox lives and hunts alone, they aren’t aggressive in nature when they see each other out there. They will tolerate overlapping of home ranges and they usually will acknowledge those they know when they pass in the wild. The exception though are the males during mating season. Then they will fight to the death if necessary to defend their habitat area. They don’t want to risk another male mating with their female.

Hunting of the fox during the winter months is acceptable in many regions. This is because of the fact that they can easily overpopulate without such controls in place. Then large numbers of them would be fighting for the same food in a given habitat area. It is believed to be better for them to be taken out by hunters than for large numbers of them to die due to starvation. 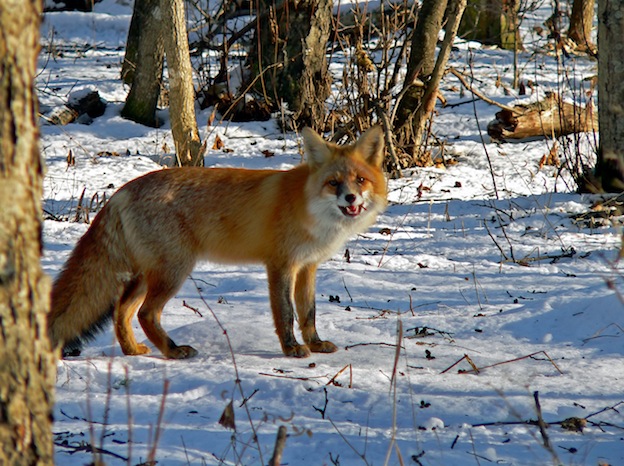 One of the biggest overall threats to the survival of the fox is that their natural habitat continues to be taken away. They do adapt to changes but they can’t when they continue to result in them not having territory and not having food. Finding mates can be difficult when territory is taken away as well.

There are some conservation efforts in place but even with them it isn’t enough. Humans continue to take down the natural habitat of these animals for their own benefit. They also take part in killing them to keep them away from livestock and other animals they are raising. In many locations, there is simply no place for the fox to call its own any longer.

All species of fox seem to do extremely well in captivity. In some areas that has been necessary to study them and to help them to increase numbers after diseases depleted the population by large numbers. There are fox in zoos around the world too as a way to give people a chance to see them up close.

In a zoo setting, it may be hard to find them though. The environment is often set up to resemble that which they would live in while in the wild. Then they are able to easily blend into the surroundings. Sometimes there are zoo employees that can point them out to people as they try to search for them through the glass.