The fox is said to be one of the most intelligent animals in the world. While you may know the basics about them, you are about to find out lots of fascinating facts about them. Then you will be able to expand your knowledge and to share them with other people. The scientific name for this animal is Vulpes Vulpes.

There are 37 species of foxes, but only 12 belong to the genus “vulpes” or “true foxes”. The best known of them are: Red Fox, Arctic Fox, Kit Fox, Fennec Fox, and the Gray Fox.

Foxes are members of the canine family and the smallest type of them. However, they hunt alone instead of in packs like other types of canines do.

A baby fox is called a kite. They are both deaf and blind when they are born. They will stay in a den with their mother for about a month for protection.

They are nocturnal creatures which means they are active at night time. They are believed to be among the most adaptable animals in the world. They can do very well with changes in the food sources and their surroundings.

A fox can run at a speed of about 23 miles per hour for short periods of time.

In the wild foxes can live for about 10 years. In captivity that life cycle can be as long as 20 years. The fox is found everywhere in the Northern Hemisphere as well as in areas of Australia.

The fox doesn’t communicate by barking as other canines do. Instead, it relies almost solely upon non verbal communication. This includes the posture of the body, tail waging, and facial expressions. Some of their verbal communications include yelps and  what sounds like human screams. 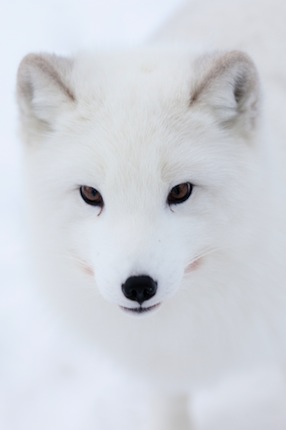 The fox has such a powerful sense of smell that it can even find food under the ground. This is how they find food sources in the winter time. It is also why they have been known to dig up dead animals such as family pets.

There are more fox habitats in cities than any other location. They are able to heavily populate a given area in no time at all. This is why the authorized hunting of them is allowed at various times in certain areas.

Large numbers of the fox populations in the wild have been depleted due to different types of disease. They are able to spread it very quickly and most of the time the animals will die if they have been exposed to such a problem.

The fox is classified as an omnivore. This means it will basically eat anything it needs to in order to survive.

Large numbers of fox die annually due to being hit by vehicles. The fact that these animals are active at night and that the roads are built through their habitat causes this to occur.

There are many connections to the fox in popular culture. It has ties to older ceremonies and traditions in various cultures. You will also find references in books, poems, and movies.

The fox doesn’t attack or kill humans. They can become infected with rabies which makes them very aggressive.

It is not true that the fox will attempt to breed with dogs when they live in close proximity to humans.

Approximately 20% of the young fox will die before they are one month old. When that occurs, the other young will consume it as a meal.