A fox is believed to be a very intelligent and clever animal. 37 species are referred to as foxes, but only 12 species actually belong to the Vulpes genus of ‘true foxes’. Every fox belongs to the canine family, and they are ranked as the smallest of all canines. However, they have some characteristics different from other canines.

First, the fox doesn’t bark like other canines. They also don’t live in packs as they prefer to be out there on their own. The fox is nocturnal which means they are primarily active at night. When you see one moving around during the day it is a sign that something is seriously amiss.

They may be sick, desperately trying to find food, or moving to escape from threats in their natural environment. One of the biggest threats to the fox is the fact that humans continue to move into the same territory. While hunting them for the fur was once a huge issue, there isn’t the same demand for such fur coats in society any longer.

The fox is considered to be a medium sized animal and the actual size can vary depending on the species. They can quickly take over an area if they are allowed to populate at will. This is why the hunting of the fox is often allowed with controls in place. There are certain times of the year when they can be hunted. Otherwise many of them would die from starvation.

These animals feature a reddish and brownish coloring to them. They also have areas of white on the body. They are small canines with long noses and long, pointed ears. They have excellent hearing and smelling that allows them to avoid danger and to find sources of food. 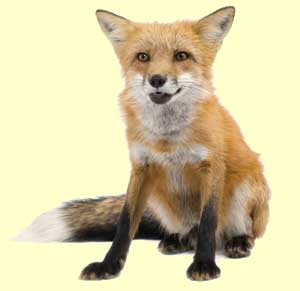 They consume a variety of food including animals such as rabbits, beetles and worms, and berries or fruit that grow seasonally in their environment. They are also known to consume food that people leave out or to dig through garbage cans. They body of a fox is built to give them speed for catching their prey.

They are found in a variety of environments including on the plains, in the mountains, in cold terrain, and even in the desert. There are very few places out there where the fox isn’t able to survive. They don’t have the best reputation with humans due to common folklore where they are associated with evil.

Humans seem to be the biggest threat to these animals and their ultimate survival. Overall, they have nothing to worry about at this time. Yet numbers are much less than they were just a few decades ago. There are several species that have been almost wiped out from certain areas though. That is why you will find conservation efforts in place for them.

A great deal of research has been conducted about the fox. That is why some of them have been successfully relocated to Australia. They are thriving in that environment just as predicted. They also do very well in captivity so that they can be further studied. The fox is a fascinating animal that we still have lots to learn about.

A serious problem for the fox is that they are susceptible to a variety of different diseases in the wild. Even though they don’t live in packs, the do pass along these types of problems very rapidly. In fact, large numbers of fox have died at times due to it. Yet their ability to do well with change has always allowed them to rebound in numbers.